This summer I bought a new full-frame camera (a Panasonic S1). Since then, my interest into photography and the desire to learn more have grown quite a bit. I started carrying a small camera with me at all times. This has gradually turned into a small street photography project I would call “Commuters”.

I’ve never really considered “doing street photography” - not the least because I didn’t really know what that’s supposed to mean. I still don’t if I am honest. But I figured it’d be ok to call “taking pictures of people and things in public places in the city” a sort of street photography.

Luckily, I still had my old camera, which I bought in 2014 for a trip to Australia. It’s a Panasonic GX7, a rangefinder style camera in the micro-four-thirds format. I started taking photos of anyone and anything I found interesting, no matter where I was. One fixed part of the day is commuting to work. I started taking pictures of people during commute and, to my own surprise, I quite like the results so far. 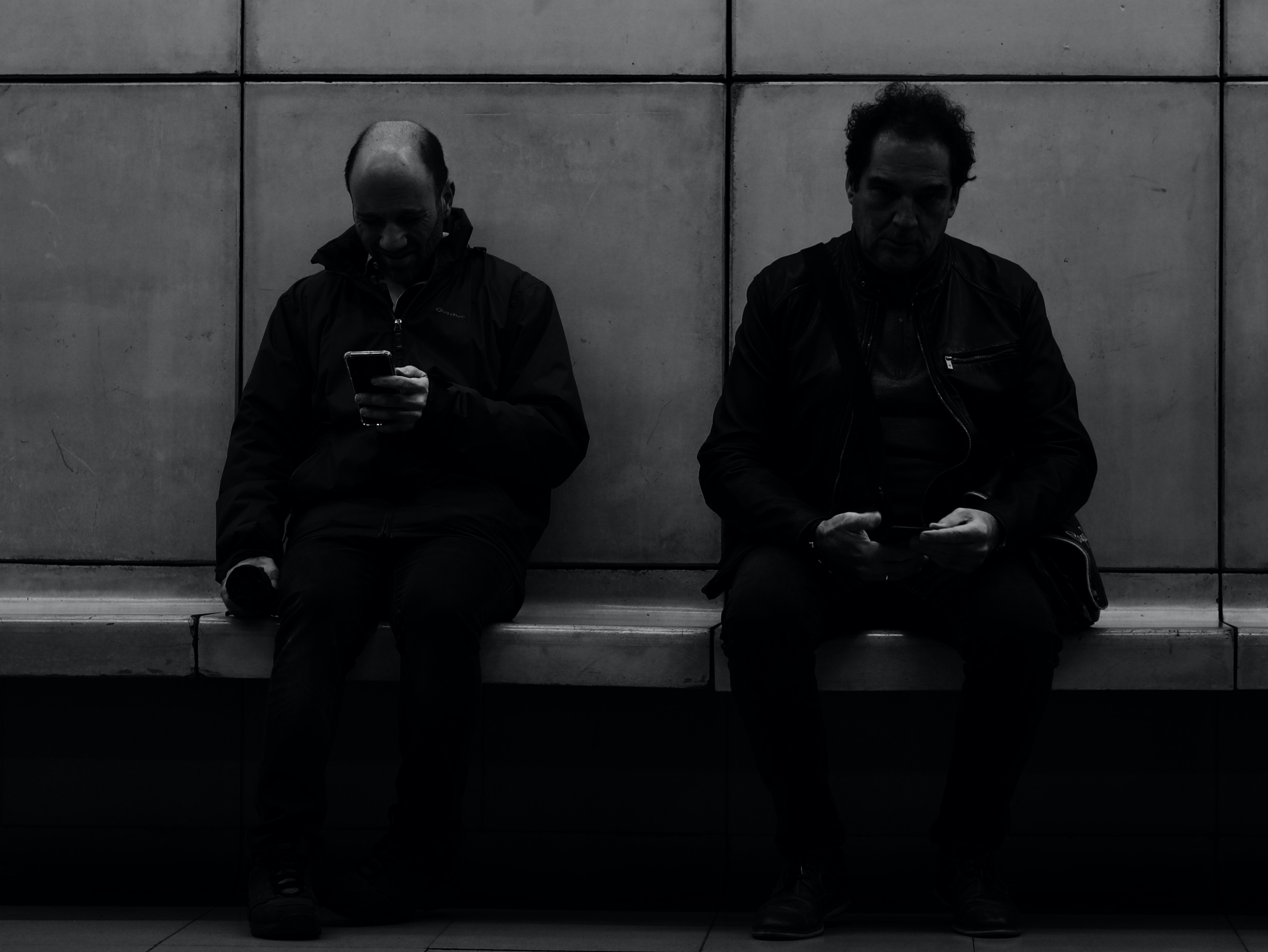 One metro station in particular provides a great framing. It has two tracks but three platforms, with one in the middle so that people can enter and exit trains on both sides. Sitting in the middle provides a great opportunity to shoot pictures of people waiting on the other side. The wall itself is nicely textured kind-of beige polished concrete. This really works very well for black-and-white shots.

I love the kind of situations and expression you can get from these type of shots. In this first one, one person likely is reading something funny, the other is staring emptily into middle distance. Involuntarily, it makes me write narratives in my head. What’s he laughing about? What’s he brooding about? It’s a nice feeling when a photo evokes this type of reaction. 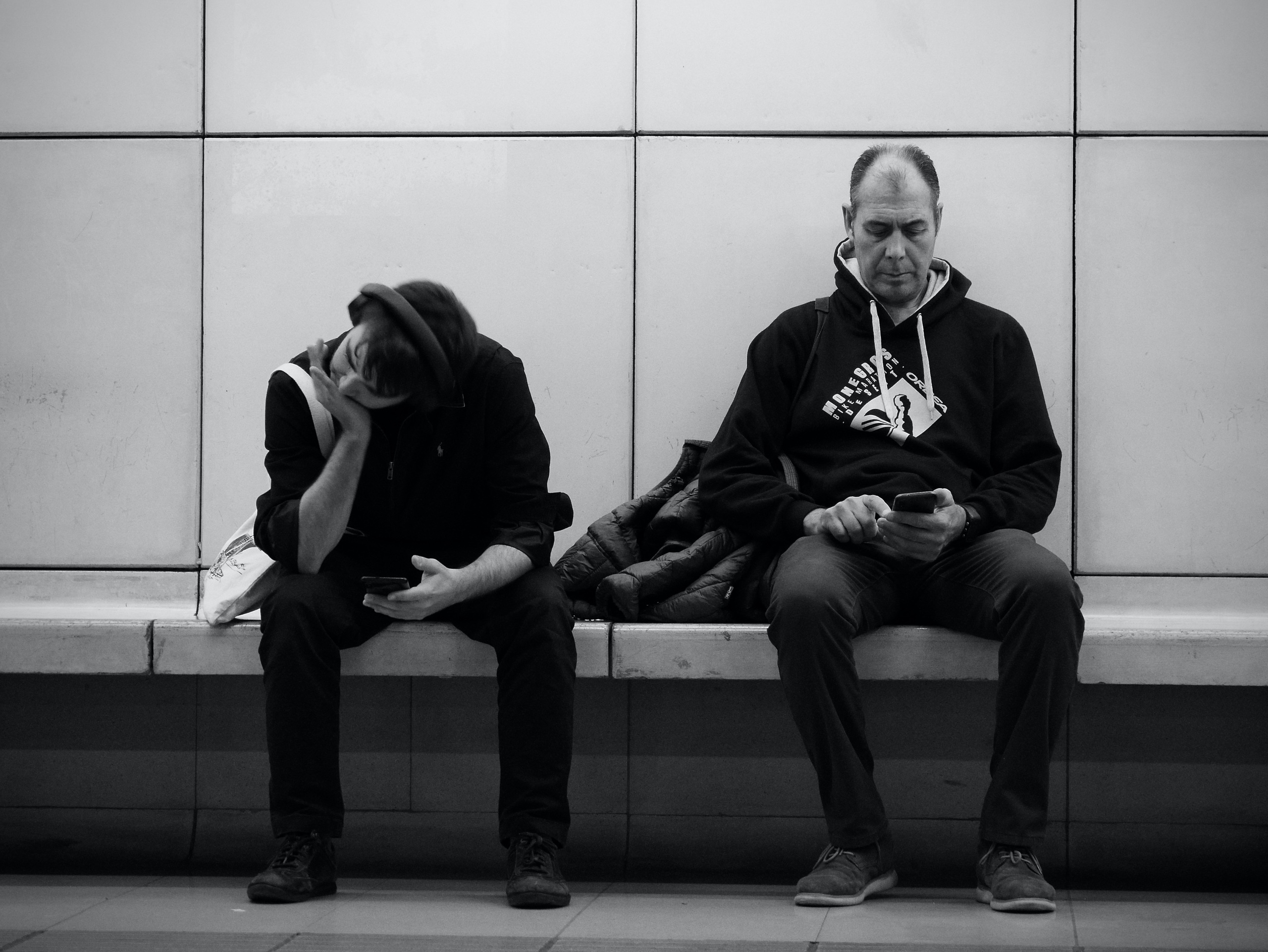 It’s not really surprising, but, frozen in photo, it’s still quite striking how much smartphones features in such images. It’s the one fixed point in the images. Even in this following shot taken of a metro train window that I took shooting frankly quite randomly. 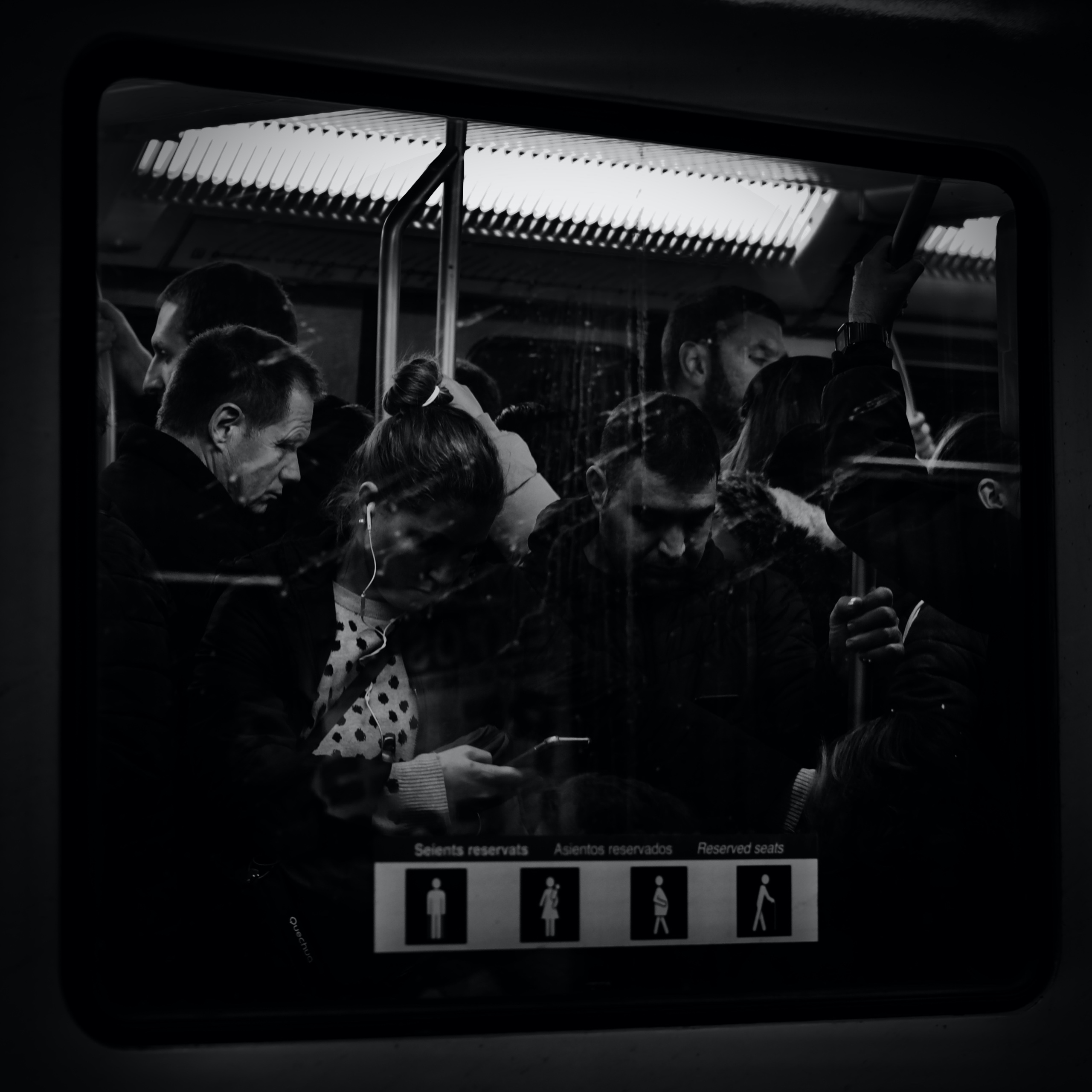 I really do like the photos from the station platform. It’s the perfect way to get a similar way of framing of people. It also gives new context in surprising way:

The graffiti really adds to the contrast here in a nice way. Still, we are basically back to the “two phones not talking” scenario rather than human beings talking to each other. It actually took a while before I got a shot of two people that weren’t frozen two their phones. 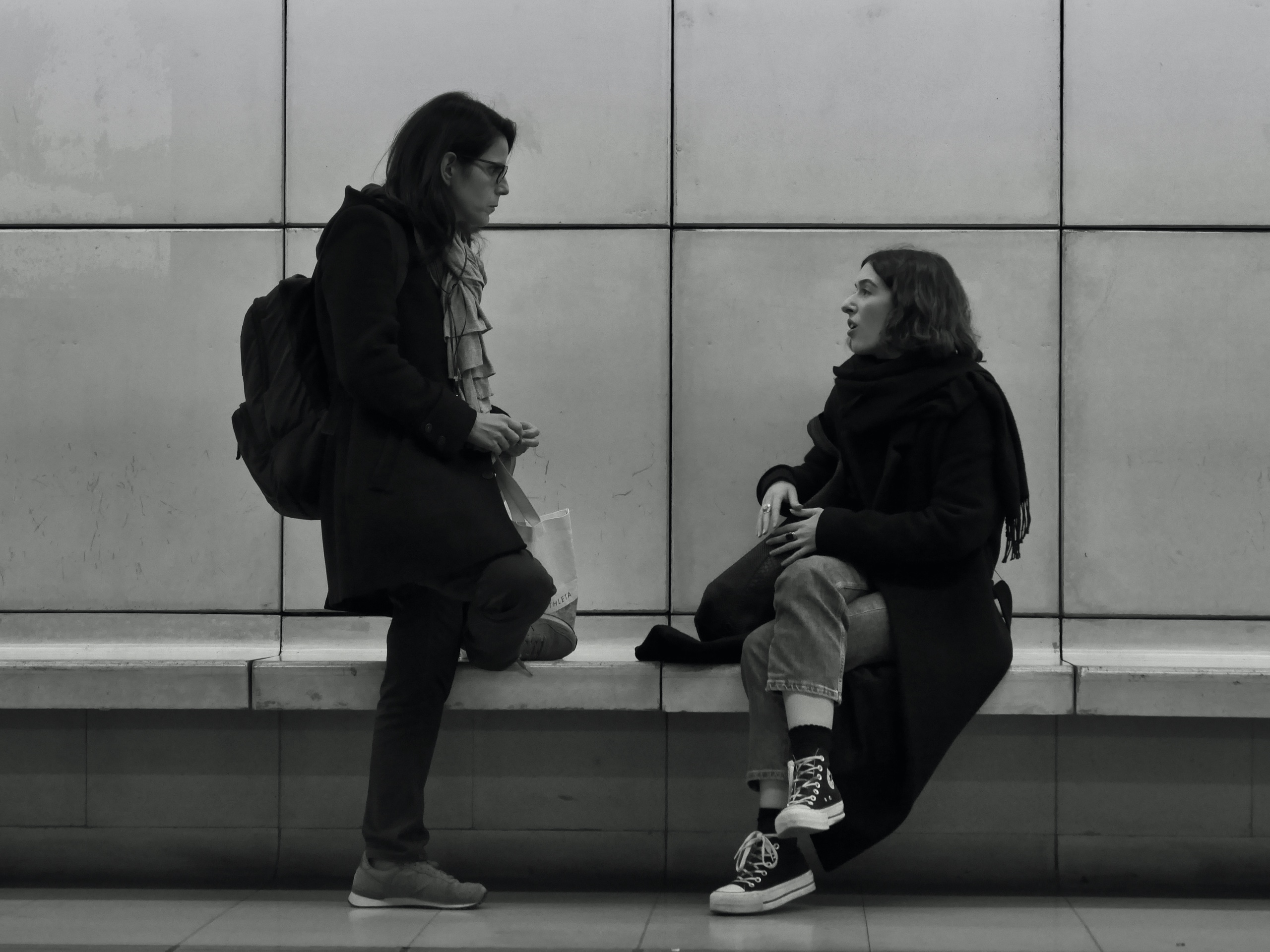 I keep having a camera in my backpack (by now a GX9) at all times and I am sure I will keep adding shots to this little project.